Kathmandu – In the midst of controversy around ‘Fake’ photos of snow leopards in the Sagarmatha (Mount Everest) region, the photo exhibition not only showcases the state of snow leopards but also that of the ecology and the mountain ecosystem as a whole.

A few weeks back, American Photographer kittiya pawlowski claimed that she was able to capture a snow leopard on her lens in the Everest region, but it turned out to be a photoshop feat, that ultimately made her to deactivate her social media accounts.

Coinciding with all these, and with leopards at the center, the exhibition of photographs of  celebrated wildlife
photographer-conservationist Tashi R Ghale is underway at Wind Horse Gallery at Jhamshikhel, Lalitpur–where the audience can witness the amazing photos of snow leopards, their prey animals, ecology and the topography of Manang.

”These are from the collection of over 15 years of my work”, Ghale who is also a citizen scientist said, ”I’m happy to present my work in this way, all thanks go to curator Ujen Norbu Gurung.”

Conservationist Ghale and curator Gurung both come from Manang, and they decided to tell stories of the whole ecosystem through still photos, and named it ‘Melting Paradise.’

”Everything is going to disappear, from the glaciers to lakes and the ecosystem. The photos are being displayed as evidence to raise awareness about preserving them. We have tried to show the reality”, Ghale said.

Organizers and photographers said, ‘through this exhibition, we are trying to present the environmental impact, the current situation, and the risks that may come in the future.’ The Melting Paradise exhibition will run until December 25.

Recent reports by the UN scientific body, Intergovernmental Panel on Climate Change (IPCC) has  mentioned that the effect of global warming and climate change will be relatively higher in the mountain region. 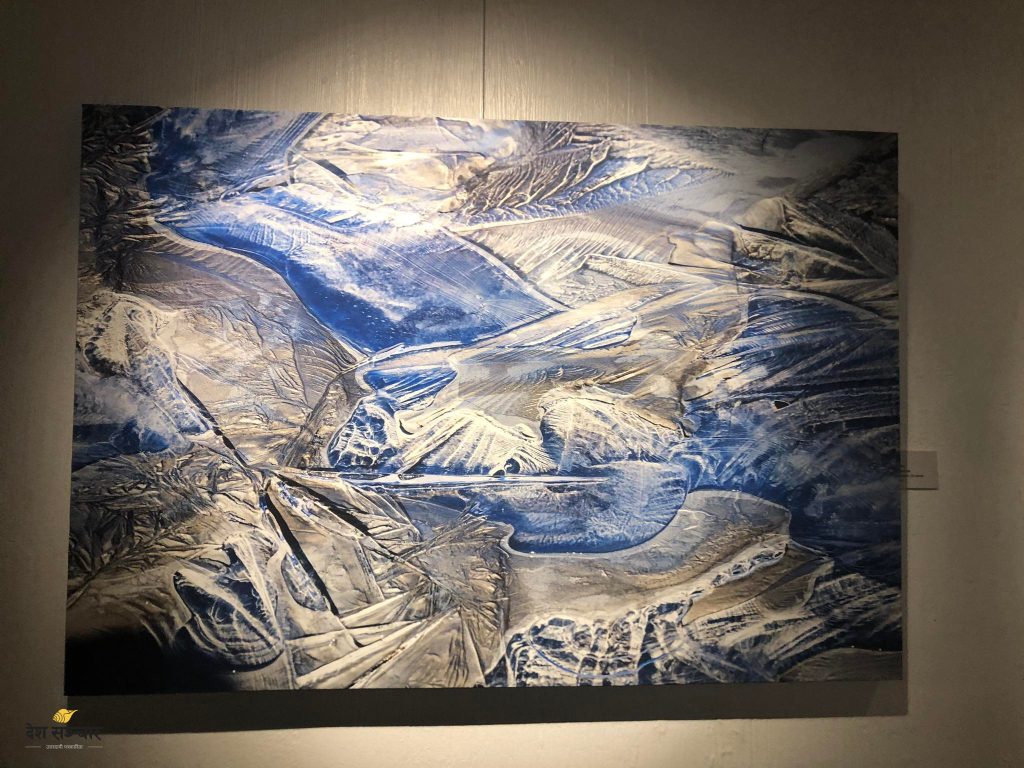 IPCC’s 6th assessment report (working group II) said, ‘Climate change impacts in mountains and their attribution to human influence have increased in recent decades with observable and serious consequences for people and ecosystems in many mountain regions’, with high confidence.

Ghale’s photos are presented as evidence of the impact of climate change in biologically diverse and vulnerable areas.

“This exhibition is to show how global warming has affected our rural society”, said Ujen Norbu Gurung, Curator of Windhorse Gallery, “Last year there was a severe flood, and there was a landslide. It filled the Gangapurna lake itself, now it is like a river. What scientists have been saying for years has been proven. That lake was an ecosystem.”

Social commentary on the environmental state

According to curator Gurung, this exhibition is not only a collection of photos that is hung on the wall, but it is an effort to aware society at large.

He said, ”It is a social commentary by Tashi and me about the current economics, environmental state of Manang and the consequences of it in today’s time, and what could happen in the future?”

Snow Leopard is just one aspect. ”We’re just trying to show the diversity because I know people only talk about snow leopard, mountain and lakes”, Ghale added, ”But if you check out, there are so many animals that we don’t know, so we want to make sure that people understand it’s a very rich ecosystem.”

And if that ecosystem is destroyed, we lose a lot as a country. So it’s all our responsibility to protect it, Gurung explained, ”we are trying to convey a message of reality and the vulnerability as well.” 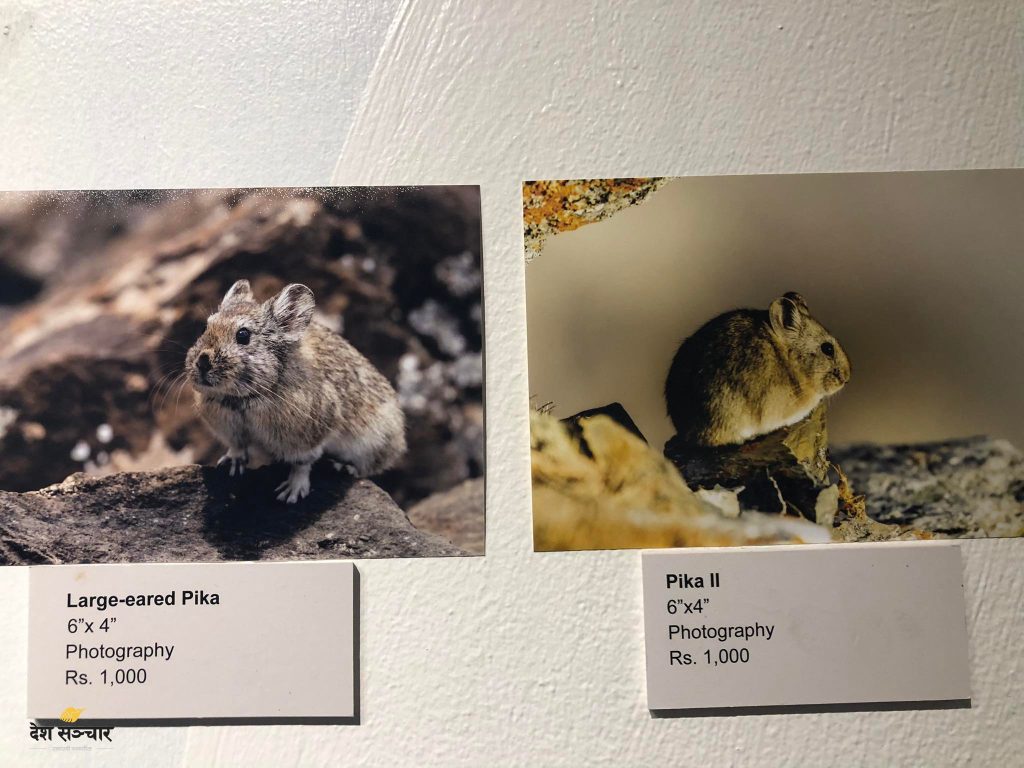 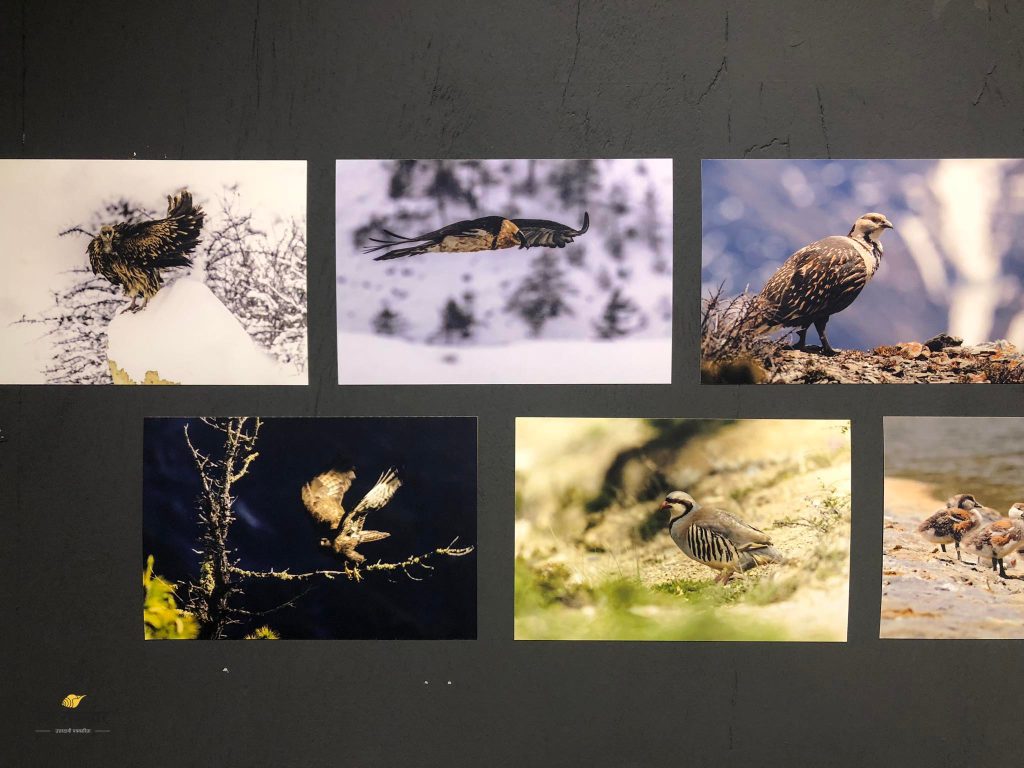