President’s office said Bhandari appointed Prachanda as the Prime Minister shortly after he, together with K P Sharma Oli, presented her with a list of 169 members from six different political parties and independents, supporting Dahal in the formation of the new government.

Prior to the new development, Prachanda had walked away from the Nepali congress led alliance and formed a new one backed by Communist Party of Nepal-Unified Marxist Leninist, Rastriya Swatantra Party, Rastriya Prajatantra Party, Janata Samajbadi Party, Janamat Party and Nagarik Unmukti party.

The RPP will, however, not be joining the government, its chief Rajendra Lingden said.

The new government that will be formed under article 176(2) will have to secure vote of confidence in the House within a month after the oath.

As per the information available, Dahal will be vacating the post after first two and a half years tenure for Oli.

The statement issued by the President’s office reads as below: 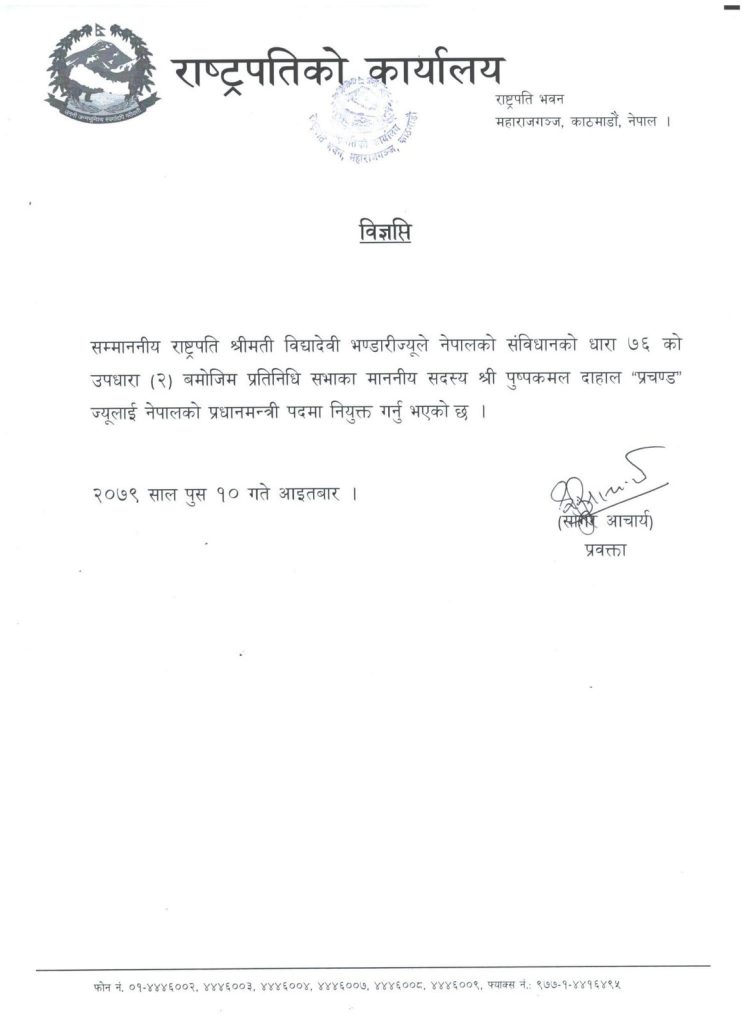