On December 4, 1996, Comrade Jiang paid a state visit to Nepal at the invitation of King Birendra Bir Bikram Shah of Nepal. 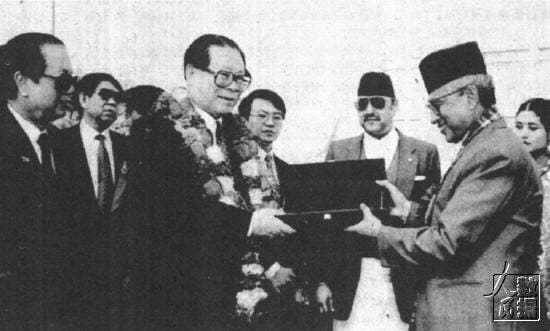 Arriving at the city hall, the mayor personally presented him with the golden “city key” of Kathmandu to express the warm welcome of the people of Kathmandu to the Chinese guests. Afterwards, a brief welcoming ceremony was held at the palace to welcome Comrade Jiang to the Nepali palace as a state guest. 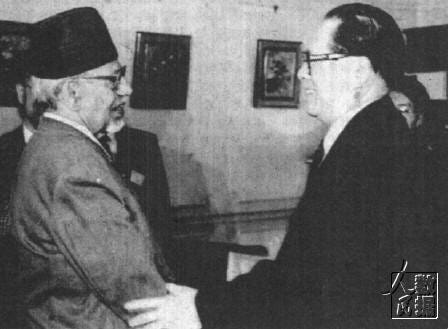 In the afternoon, Comrade Jiang went to the Chinese Embassy in Nepal to pay a cordial visit to all the staffs of the embassy, ​​representatives of the Chinese institutions in Nepal, as well as Chinese experts and scholars working and studying in Nepal, and met with former Nepali Prime Minister Adhikari in the Nepali Palace. On the same day, a wreath was laid at the Nepal Martyrs Monument.

That evening, Comrade Jiang met with King Birendra. Afterwards, the king held a grand welcome banquet in the palace.

(We have reproduced three write-ups from ‘The Arniko Project’ with permission. However, because of technical reasons, Deshsanchar byline appeared on the top although we have put the project link that makes it clear that it’s their property. The error is regretted.)

Who is the next chairperson of RSP?