Kathmandu: Altogether 72 people including four members of the crew were on board in an ATR aircraft belonging to the Yeti Airlines.

The Pokhara bound flight—699 9N –ANC ATR 72—burst into flames around 10:57 am, a couple of minutes after its last communication with the air traffic tower.

Sunday’s crash that took a toll of biggest deceased in Nepal’s aviation history that began in 1955 in the domestic sector. The two air tragedies—Thai and PIA—in quick succession in 1992 and 1993 were involved international airlines and much bigger number.

The wreckage of the burning aircraft that started falling down into the gorge of the Seti river was gruesome visibly that had made it apparent to the helpless witnesses that it was giving no chance for the rescue authorities to extricate anyone alive.

By four pm, a total of 68 bodies had been recovered, and 19 of them identified. Airlines sources said while the search for remaining four will continue, the rest will be handed over to their relatives in Pokhara or Kathmandu Monday.

In a rare gesture, the cabinet held an emergency meeting soon after the incident and paid homage to those who lost their lives, and decided to observe Monday as a public holiday to mourn the national tragedy.

The accident, however, has once again raised the issue of air safety as air crash in Nepal are taking place at a higher rate, with most such cases after 2004 involving Yeti Airlines or its sister concern Tara airlines.

“It’s time air worthiness of each aircraft should be examined and certified and the operation and the regulatory responsibility should belong, not to civil aviation authority, but to two different bodies, experts say.

The Indian embassy that has been coordinating with the families of Five Indians has also set up a help line under the coordination of one Lt Col rank officer at Pokhara.

Since 2004, Yeti and its subsidiary have altogether met with seven accidents including Sunday’s ATR crash , while another five were non-fatal.

The government’s mandatory investigation reports in almost all the accidents have blamed ‘human error’ in case of the ‘fatal’ ones.

The detail of the passengers on board provided by CAAN is as below: 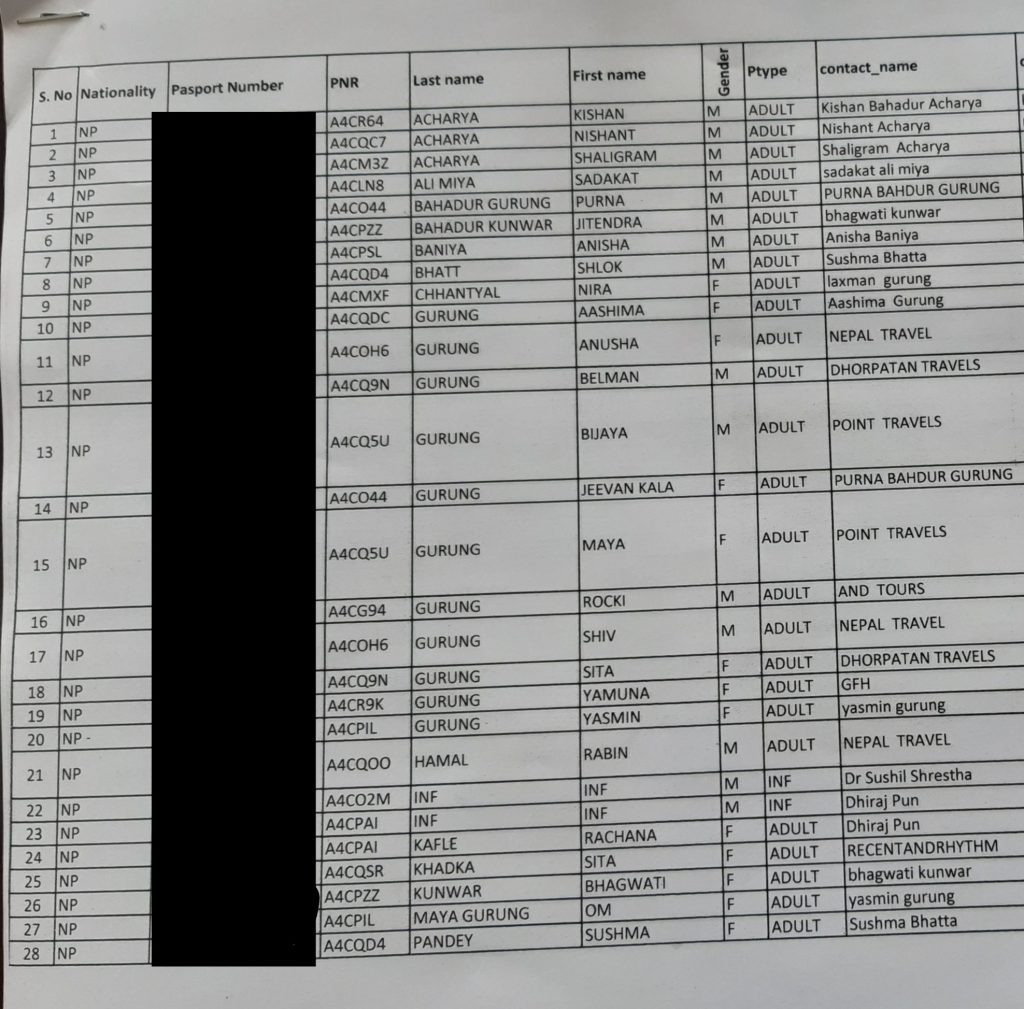 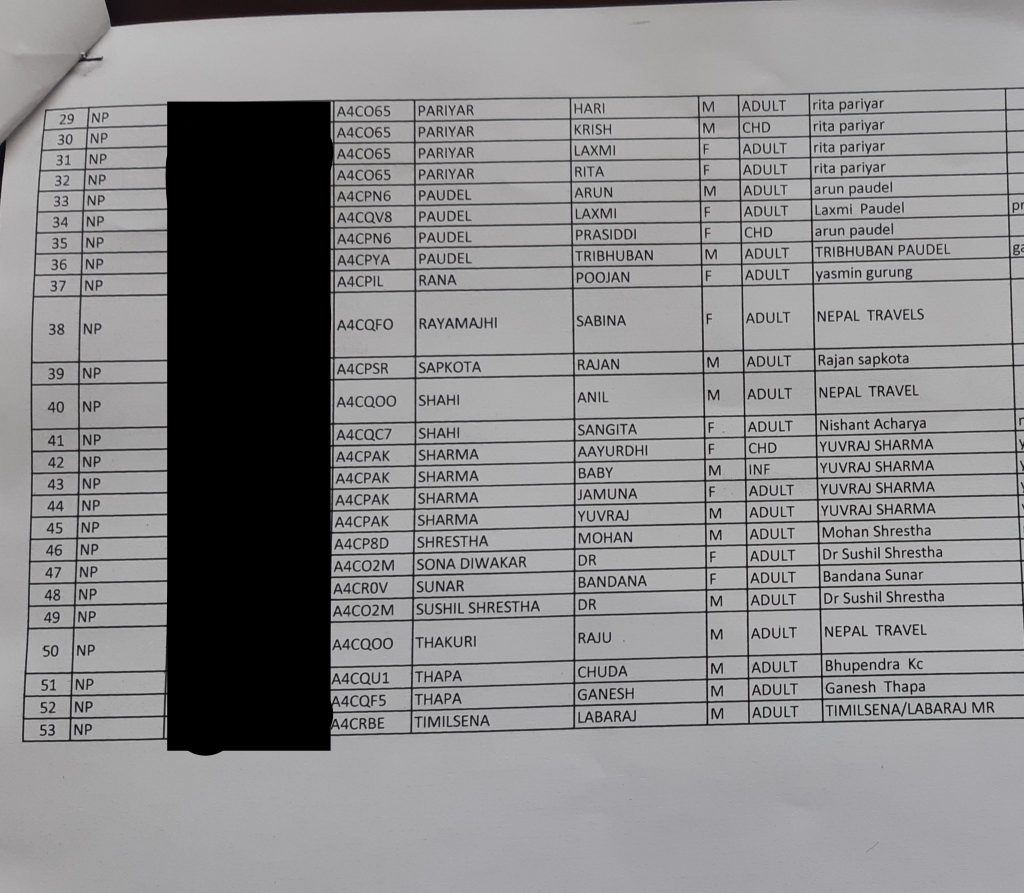