Kathmandu: The government led by Pushpa Kamal Dahal won the vote of confidence in the House of Representatives with a landslide majority.

Altogether 268 members supported the motion, with just two voting against it. Four members were not present while pro-tem speaker Pashupati Shumsher Rana did not cast his vote. 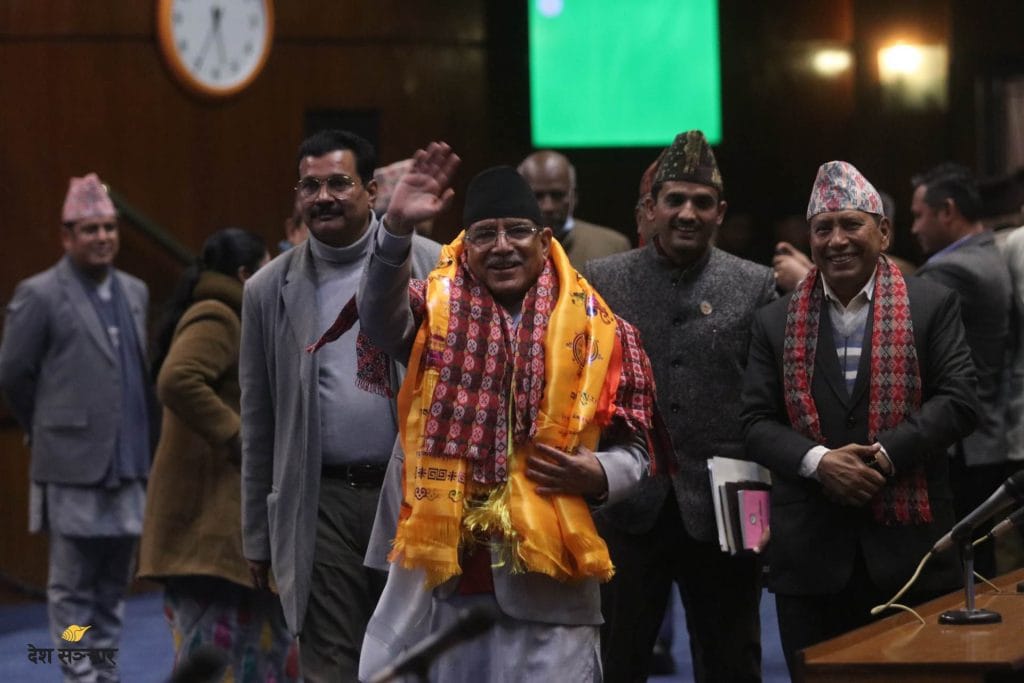 The coalition government had the backing of 170 members belonging to seven different parties in the House of 275.

Prime Minister expressed happiness over an extra-ordinary level of support his government enjoyed and he will act as per the letter and spirit of the constitution. Prachanda had taken oath of office on December 26 under article 76(2)
of the constitution requiring to prove majority in the House within a month.