A statement released by Phanindramani Pokherel, spokesperson of the ministry reads prominent persons are provided with the facility of security personnel. However, if anyone has used the facility contrary to the Working Procedure 2077 on the security of prominent persons, all are requested to facilitate implementing the Working Procedure by returning the security personnel beyond the rules.

The statement reads as follows: 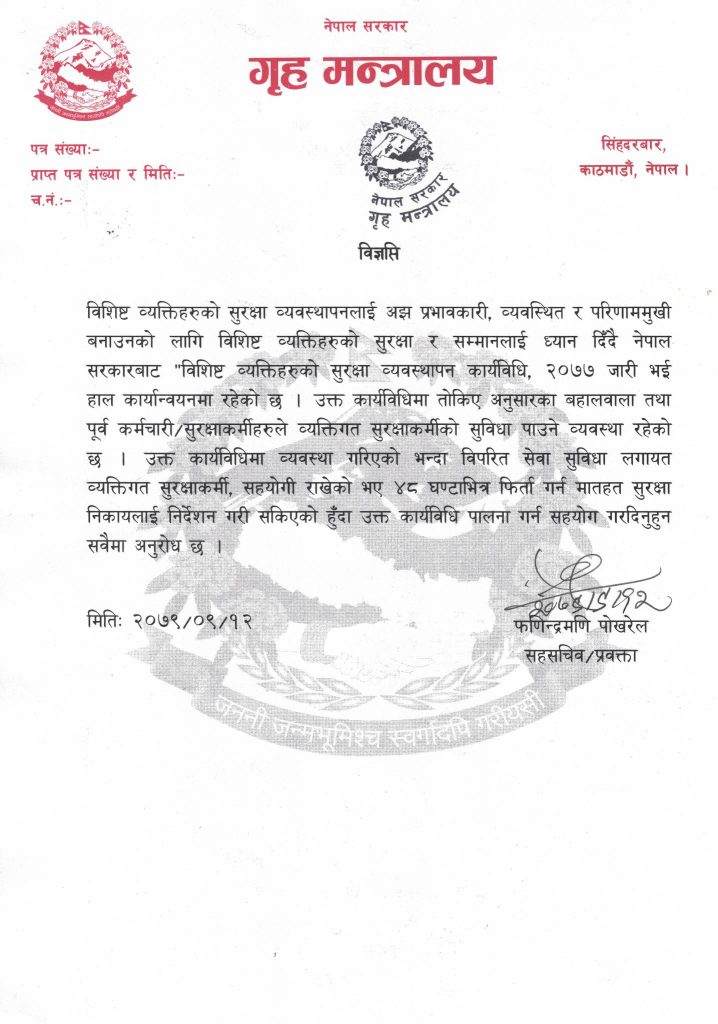 Program on Development, Diplomacy and Security in the Indo-Pacific Region