Dr. Mark F. Watson, Editor in Chief of the Flora of Nepal, is a career botanist associated with Royal Botanic Garden Edinburgh, U.K. He is leading an initiative to enlist and put specific information as a collective scientific database.

The Flora of Nepal encompasses a record of all the vascular plants found in the country and aims to publish a ten-volume account with an estimated 6,500 species of vascular plants. It is a collaborative project between the Nepal Academy of Science and Technology (NAST), Royal Botanic Garden Edinburgh, U.K., the University of Tokyo, Japan, the Department of Plant Resources (DPR), Ministry of Forests and Environment, and the Central Department of Botany, Tribhuvan University.

The National Biodiversity Strategy and Action Plan (NBSAP) 2014-2020 prepared by the Government of Nepal had planned to publish the complete Flora of Nepal by 2020, but it could publish just one –first volume- volume within the deadline.  Dr. Watson was in Nepal a few weeks back.

Excerpts of an interview by Deshsanchar’s tanka dhakal with Dr. Watson on the current status of the project, plan, and importance of the Flora of Nepal.

1) What is your memory of the initial stage of your work in Nepal?

When I first came to Nepal 20 years ago, the Department of plant resources was in a bit of a generation gap. They had some senior botanists who were either close to retirement or had retired. It was like a loss. Some of those retired botanists continued working voluntarily or in contract, but many of them had begun their own independent work. There wasn’t any youngest staff coming in.

we needed to have a flora that had the checklist already there from the enumeration of the plants in Nepal, with no descriptions, and no keys, so you couldn’t identify things. They were producing these little booklets, on some small genetic families and genera. But they wanted to do this based only on the specimens in the catalog. And they wanted to make it International, and bring in specimens that were collected in the past. So the three countries which were most involved in Nepal, obviously, Nepal itself, the UK, and Japan. Those three countries joined hands to try and write the flora of Nepal.

2) How is that collaboration materialized in action?

From 2000 to 2011 there was a lot of capacity building. We tried to do a lot of training and things like that. We had a program to develop a Darwin initiative to help develop the new generation of botanists. We were successful in that. Some of the older botanists also participated.

Nepal Academy of Science Technology, the DPR, and Tribhuvan University were all partners in that training program and they nominated some people. We trained about 18 botanists. Some of them were senior people, so retired soon. People like Sangeeta Rajbhandari, Bhaskar Adhikari, and Ram Chandra Poudel were part of that program, and it was a successful one.

3) How have things been going on in recent years regarding the project?

Since the publication of the first volume of the flora of Nepal, things changed. But, it was not so easy for people in Nepal to work on the flora. We carried on working on the flora of Nepal, but we were working on applied products as well, or things like trying to take that scientific knowledge and make it useful at the grassroots level. We’re looking at invasive plants and that kind of thing.

But over the last five years or so, in DPR, they had a series of Director Generals who were pushing well, they were very keen on the flora and prioritized it–I think, starting from Raj Dev Yadav. And they were recruiting young folks, and they were getting the right kind of young botanists coming in. Young botanists are very serious workers. They’re working very hard. They’re producing these checklists. And they’re contributing to the flora accounts as well. And so we’re starting to see the flowering of the Botanic Garden. 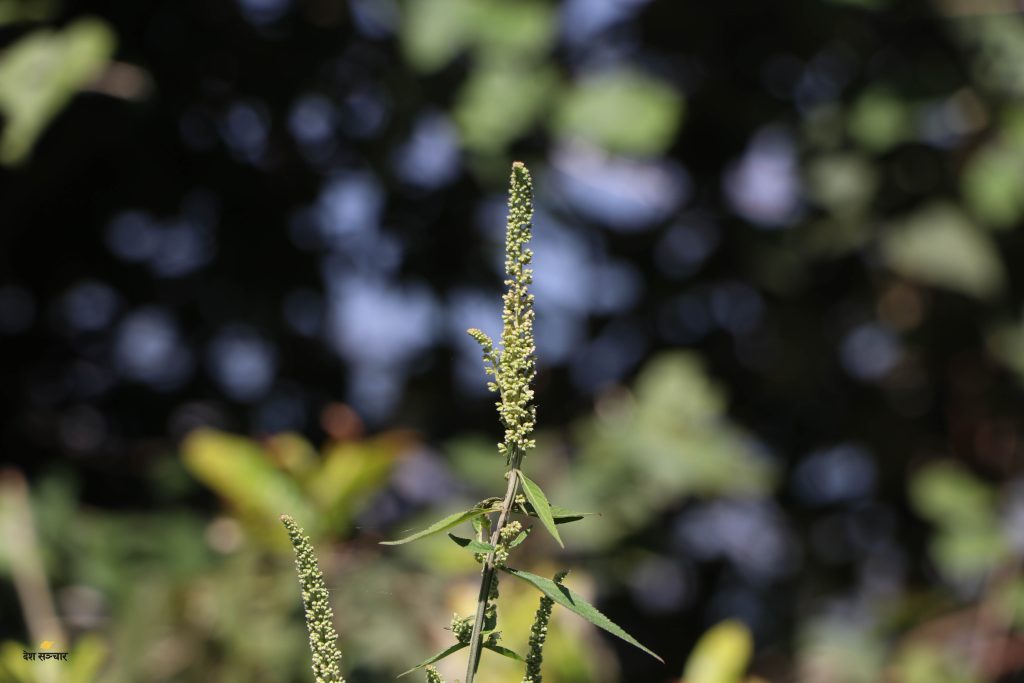 Five years ago, not many people went on fieldwork. Not many people were producing these things. But now we’ve got the keen young botanists, the youth going out into the field and making discoveries. They’re doing international collaborations, linking up, asking people, and exchanging knowledge. If you look at how many checklists and things are produced for DPR, recently, across all groups, it’s impressive.

4) It means plant research is in the right direction?

I’m so pleased that the future of the flora of Nepal is moving forward, it’s a three-way collaboration of international partners. It’s being led by Edinburgh and myself, as the editor-in-chief. There was no knowledge of how to do that organization here in Nepal at that time.

And if we look at something like the flora of Thailand, it has been going on for many years. Originally, it was set up with Thai botanists and European botanists. But then over the years, the Thai botanists got trained, they’re trained to write accounts and also to edit and organize this kind of thing.  Then, after a while, the lead passed from Europe to Thailand. So, Thailand is the lead now in the flora of Thailand project, and the European botanists are still involved.

This is what should happen in Nepal as well, I’m an editor-in-chief now on the Flora of Nepal, and when I retire in nine years, the editor-in-chief should be in Nepal. So I’m looking to the next nine years. The next generation needs to be trained to do that. Seeing the young botanist come forward and doing fieldwork and results.

5) What is the Flora of Nepal?

Flora of Nepal is a database, so we have all the information about the specimens in the database, and then we can generate those that can be used for climate change modeling. Which can be used for other studies, as well as producing the flora. It’s a compendium of authoritative information.

But flora takes a long time to complete, because it’s a lot of detailed work, examining the specimens, writing the descriptions, understanding them, and putting them in a global context.

6) Why is it important to enlist Flora of Nepal for Nepal and the wider world?

At the moment, what we have is a list of species that are known to occur in Nepal. But there’s no distribution, no tools to allow people to identify things. So if you went into the field, and saw a plant, it’s quite difficult for you to identify that plant. Or if somebody said–Oh, this plant is used for this, this is massive, amazing motivational property. How do you work out what the scientific name for that plant is? Flora is a tool to allow you to identify plants and put a scientific name on them.

Once you have the scientific name, you can then connect to all the information that’s published in the world about it. And you can communicate about the plant.

Nepal, although it’s a small country, contains a lot of biodiversity, and putting that biodiversity in the international framework is important for the whole world.

7) Given the fact that it’s already been more than 20 years, you are working in Nepal and trying to explore flora and train people. Could you please explain–what are the major challenges?

Botanists, who are doing research–most of them are in the government sector. They develop specialist skills in one area, and then they’re transferred to maybe another office or even another part of the country when they’re told to do a different job. So there is a challenge about how to keep those skills going.

What we need is to have some trained editors. We need a couple of editors who are going to be there for the next five years or 10 years. 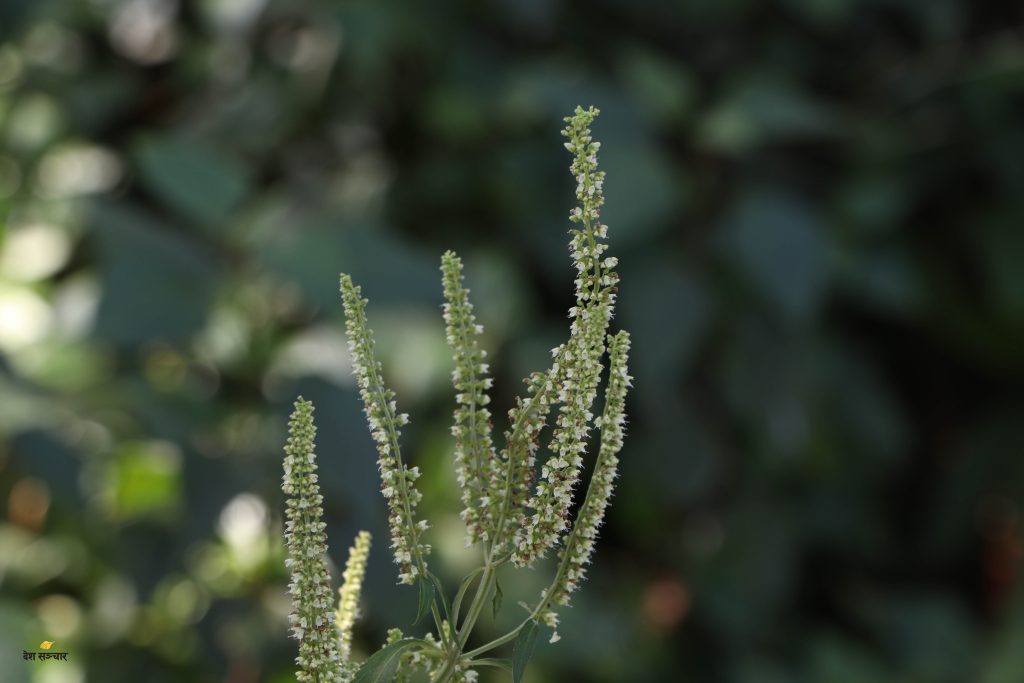 I think it is a challenge within the current government structure. But we are willing to try and just as we keep trying to work and train people and build capacity. But I would like to think that in this new generation, there’s one person who will come up as the future editor. We need to build the capacity to have that transfer.

Another major thing is funding to do this important but time-consuming work. But the funding situation in Nepal is now much better. This is organized by the Nepal steering group. We now have people who are willing to do accounts, and we are now starting to get accounts coming to Edinburgh to do the editing.

8) Are there any geographical limitations?

Yes, we have geographical limitations and those challenges as well. I assume it will be easy to go to the flatland and lower mountains, but it is difficult to get to the higher Himalayas here. So yes, the challenges of fieldwork.

If you look at the specimens collected over the last say 50 years, most of the foreign lead expeditions have been to the high mountains and they’ve involved Nepali botanists, foreigners are usually interested in the high mountains, and the lowland areas are not very well explored by foreigners. 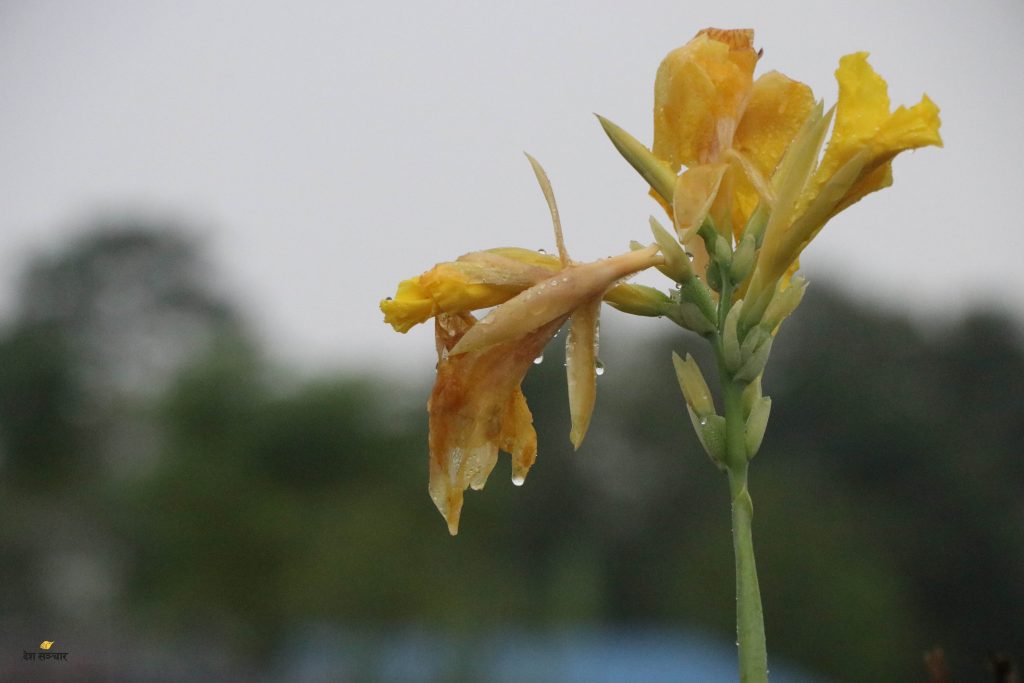 There’s more exploration in the mid-hills because most of the botanists are based there. But the lower land areas are for sure under-collected. DPR has been focusing on those areas, particularly Chure-Terai–over the last few years.

9) When will the Flora of Nepal be complete?

This is again down to resources if we go by the current trend. We haven’t seen manuscripts go through to full publication yet from Nepal. But we’re very close to that. It is a complicated thing. But I believe now that the funding structure, the people who are working on the flora now, and also the editorial structures that are improving, and the freedom to work independently, are also helping a lot. So what I see now is that, maybe this time next year, we’d be able to publish another volume.

We need to increase the number of people, both internationally and here in Nepal, and encourage more International botanists to come to Nepal, and do some collaborative work here. If those people that are trained now continue in that role and continue producing accounts, then we’ll be successful in producing the flora, as DPR have demonstrated their success in producing the checklist.

A checklist will be a name, the area, and basic knowledge about the plant and species.

Our studies are not directly addressing climate change. But some of our data has been used in looking at climate modeling. The challenge with the Himalayas is that because of the landscape, it’s very difficult to be precise about modeling. But observations are that certainly, the tree lines are moving up.

When you’re passing through places like Marfa, locals are talking about the apples that are now being grown in the higher area. There’s a significant change in the way the land has been used. We are looking at ways to improve the level of recording of specimens so that it can feed into climate change studies. But there are signals from the plants that things are moving up.